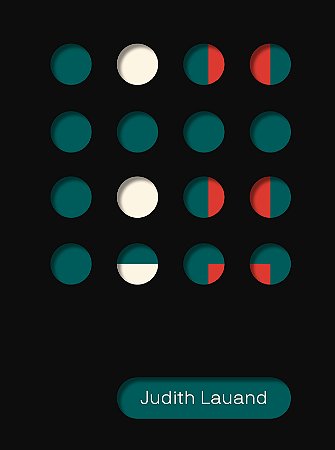 Judith Lauand (Pontal, São Paulo, Brazil, 1922) is a central figure in Brazilian art, especially in the context of the Concrete movement that emerged in the second half of the twentieth century. She was the only woman to participate in the famous Ruptura group, which consolidated concrete art and geometric abstraction in mid-century Brazil. Judith Lauand: Concrete Detour is the most comprehensive book dedicated to the artist and accompanies her solo exhibition at the Museu de Arte de São Paulo Assis Chateaubriand (MASP), the most extensive ever made on her work. The book covers five decades of her production, from the 1950s to the 2000s, from the first figurative works and concrete experiments, through, in the 1960s, her experimentation with the written word and the image, with the materiality of painting in the so-called “polymateric” works, as well as those in which she addresses, with pop inflections, more political issues such as the military dictatorship in Brazil, the Vietnam war and the condition of women in society. The publication reproduces 147 paintings and drawings by Lauand, a selection of 105 pages from the artist’s notebooks, and includes seven texts written especially for the occasion, bringing new perspectives on her work. This is an indispensable volume for those interested in Brazilian and Latin American art in the second half of the twentieth century in general, particularly in the developments of geometric abstraction, pop art, and the production of women artists in the period.